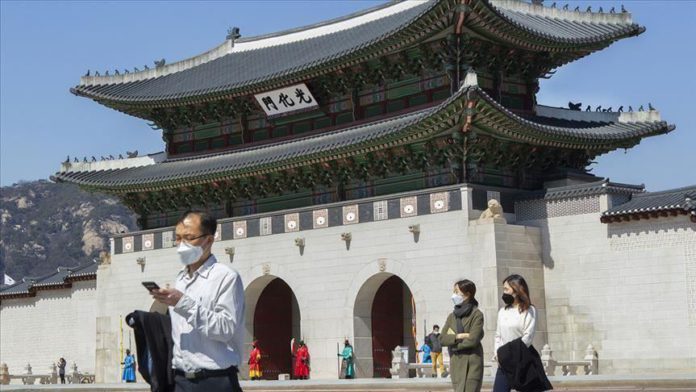 Authorities in South Korea are on alert as the country’s imported coronavirus cases continued to outnumber local infections on Thursday.

According to Yonhap News Agency, 61 virus cases were recorded in the country over the past 24 hours, of which 47 were people who recently returned to South Korea.

This marked the 21st consecutive day of a double-digit rise in the number of imported cases.

At least 20 of the latest imported cases were construction workers returning from Iraq, which has nearly 84,000 virus cases and over 3,400 fatalities so far.

“We are getting reports that cluster infections have occurred in the Middle East region, especially around construction sites in Iraq,” Yoon Tae-ho, a senior South Korean Health Ministry official, told reporters.

“We think our people working at Iraqi construction sites may have been exposed to the virus.”

The South Korean nationals were brought back from Iraq in chartered flights with a layover in Qatar.

The official said the government was devising measures to protect South Koreans working at construction sites across the Middle East.

The COVID-19 pandemic has claimed nearly 585,000 lives in 188 countries and regions since emerging in China last December.

Over 13.57 million infections have been reported worldwide, with the US, Brazil, India, and Russia currently the worst-hit countries, according to figures compiled by the US’ Johns Hopkins University.

The data shows more than half of all patients worldwide — almost 7.6 million — have recovered so far.