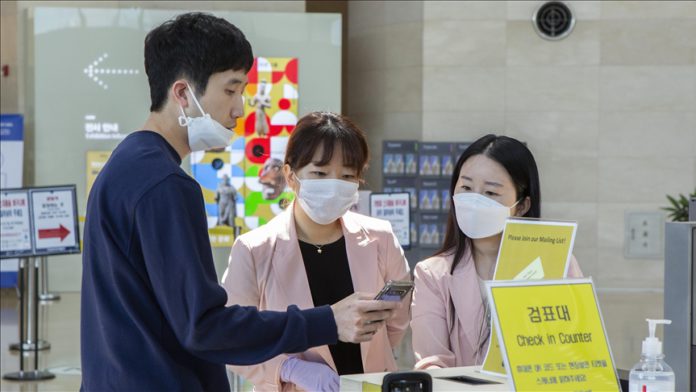 Fear of a fourth COVID-19 wave is growing in South Korea as the daily virus tally climbed to a record high of 1,275 on Thursday, local media reported.

The rapid spread of the Delta variant is believed to be the reason for the recent surge in infections, which has pushed the country’s overall count to 164,028, including 2,034 fatalities, according to Yonhap News Agency.

Data from the Korea Disease Control and Prevention Agency (KDCA) showed that the Delta strain accounted for 9.9% of new cases over the past week, compared with 3.3% a week earlier, the report said.

The figure was 12.7% for the greater Seoul area over the past week, an alarming jump from 4.5% a week earlier.

South Korea “is at a stage of entering the fourth wave” and the worst is yet to come, the report quoted KDCA chief Jeong Eun-kyeong as saying.

“The Delta variant could become a dominant strain of COVID-19 here in August,” he warned.

The highly transmissible COVID-19 variant was first identified in India, where it sparked one of the worst crises seen throughout the pandemic, with hundreds of thousands of infections and thousands of deaths recorded in the South Asian country for days at end.

About 80% of new infections in South Korea “came from Seoul and its neighboring areas” and are largely due to people in their 20s and 30s, who are mostly still not eligible for vaccinations, the report said.

No decision has been taken yet but the government could impose “the toughest restrictions in the capital Seoul and surrounding areas,” Sohn Young-rae, a senior Health Ministry official, told reporters.

Malaysia: New premier in charge of all govt departments