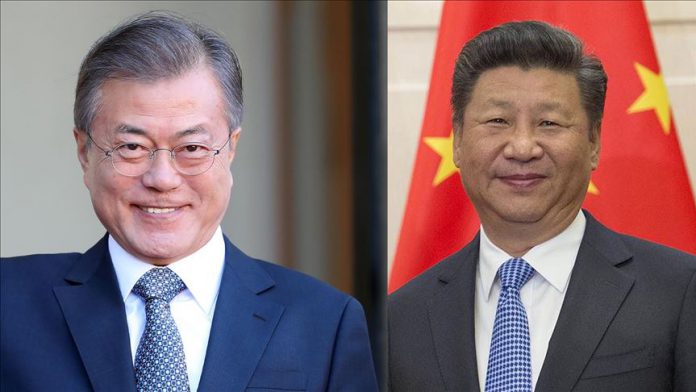 South Korean President Moon Jae-in and his Chinese counterpart Xi Jinping held talks in Beijing on Monday ahead of a trilateral summit which will be hosted by China.

Chinese Prime Minister Li Keqiang, his Japanese counterpart Shinzo Abe and South Korea’s Moon will meet in the 8th Trilateral Summit Meeting in the southwestern city of Chengdu on Dec. 24.

Stressing that China and South Korea are “important countries in Asia and in the world,” Xi said the two countries must strengthen bilateral ties and expand coordination in multilateral platforms, China’s international media organization CGTN quoted Xi as saying.

Coronavirus death toll moves up to 31 in Pakistan