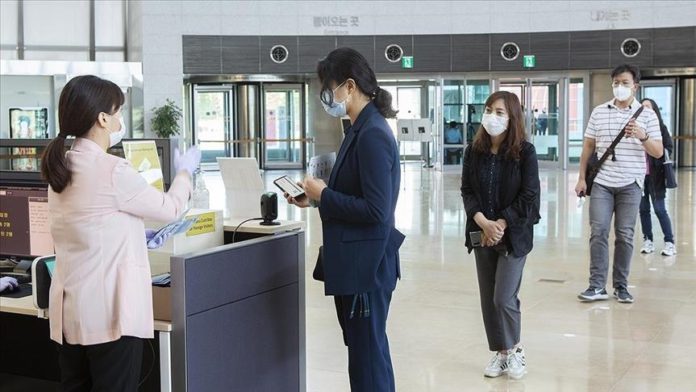 South Korea on Friday announced toughest COVID-19 restrictions after the country reported a record of over 1,300 new cases, the highest single-day tally since the outbreak of the pandemic, according to local media.

The country’s Level 4 guidelines, which are the highest coronavirus restrictions, will go into effect from Monday for two weeks in the capital Seoul, the surrounding Gyeonggi Province and the western port city of Incheon, Yonhap News Agency reported.

All entertainment centers, including nightclubs, will be shut down, while restaurants will be allowed to serve dine-in customers until 10 p.m.

Gatherings of three or more people were also banned and nighttime curfew after 10 p.m. will be imposed on facilities used by unspecified individuals, according to the report.

The new restrictions came after the country reported 1,316 new infections in the past 24 hours, the highest daily number since the pandemic hit South Korea last year in January.

So far, South Korea has registered 164,028 cases and 2,036 deaths, according to the Korea Disease Control and Prevention Agency.

On Thursday, a senior South Korean health official Jeong Eun-kyeong said the country “is at a stage of entering the fourth wave” and the worst is yet to come.

In the worst-case scenario, the nation’s daily new infections could stand at 2,140 late this month, Jeong warned.

The rapid spread of the Delta variant is believed to be the reason for the recent surge in infections.

The highly transmissible COVID-19 variant was first identified in India, where it sparked one of the worst crises seen throughout the pandemic, with hundreds of thousands of infections and thousands of deaths recorded in the South Asian country for days.