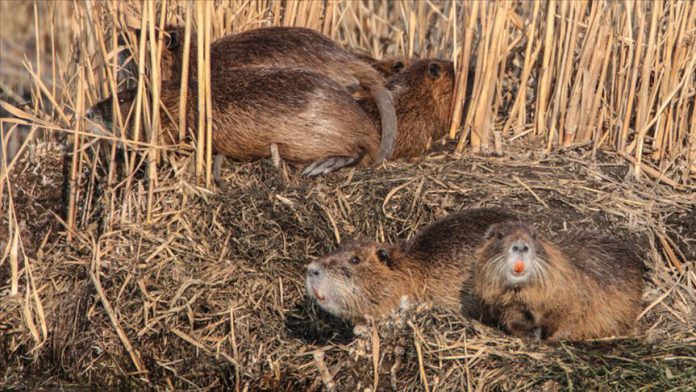 A semiaquatic rodent species from South America has found a new home in eastern Turkey, said an environmental expert on Tuesday.

Groups of coypus have frequently been sighted in the Agri Mountain National Park, said Emrah Coban.

Coban said the rodents mostly breed in subtropical and temperate climate conditions, but they have acclimatized themselves to the extreme weather in the Turkish mountain range.

“Typically, temperatures rise to 45 C [113 F] in summer, decrease to minus 10 C [14 F] in winter. They have surprisingly gotten used to living Agri’s climatic conditions,” he