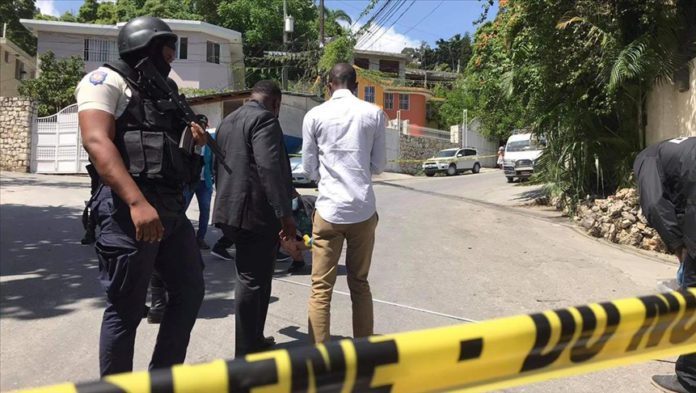 Regional leaders on Wednesday condemned the killing of the president of Haiti.

Joseph said the attackers spoke “English and Spanish” but gave no further details.

Dominican Republic President Luis Abinader called the killing “an attack against the democratic order in Haiti and the region” and ordered the “immediate closure” of the country’s border with Haiti.

“It is a cowardly and barbaric act against the entire Haitian people. Our solidarity with the sister nation and the family of a great friend of Colombia,” he wrote on Twitter.

Bolivian President Luis Arce tweeted that he deeply regretted the assassination and “condemned” the act of violence.

Ecuador’s President Guillermo Lasso called it an “inhumane, cowardly and barbaric” act, while Cuba joined voices of support for the Haitian people who have endured decades of political upheaval, poverty and a devastating earthquake in 2010 that left more than 316,000 dead, 350,000 injured and more than 1.5 million homeless, according to government figures.

Germany says military aggression against Ukraine would be a ‘serious mistake’