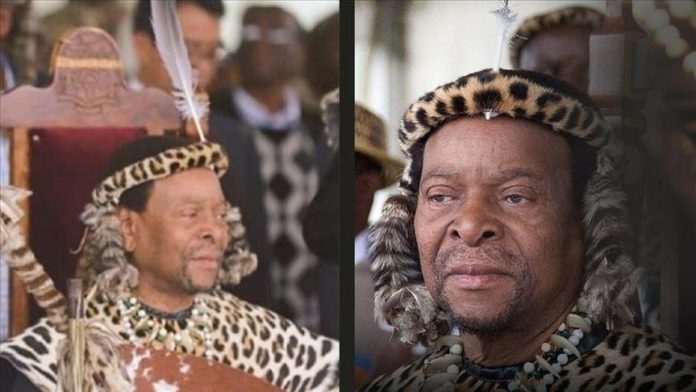 Zulu King Goodwill Zwelithini who died last week has been laid to rest in South Africa’s coastal province of KwaZulu-Natal. He was 72.

The king was admitted to the hospital last month for complications of diabetes, but other reports claim he died of COVID-19 complications.

Zwelithini was buried in the early hours of Thursday morning in a private ceremony in accordance with the Zulu tradition attended by only male relatives.

He was the longest reigning king of the Zulu nation having descended to the throne in 1971. The Zulu are South Africa’s largest ethnic group. However, in modern South Africa, kings play only ceremonial, traditional and spiritual roles.

Zwelithini was one of the most influential traditional leaders in the country and has been praised for playing a good role in mobilizing communities to fight HIV/AIDs in the country.

President Cyril Ramaphosa will on Thursday deliver a eulogy at the state funeral of the late king.

At the time of his death last week, Ramaphosa said: “The king will be remembered as a much-loved, visionary monarch who made an important contribution to cultural identity, national unity and economic development in both the KwaZulu-Natal province and the country as a whole.”