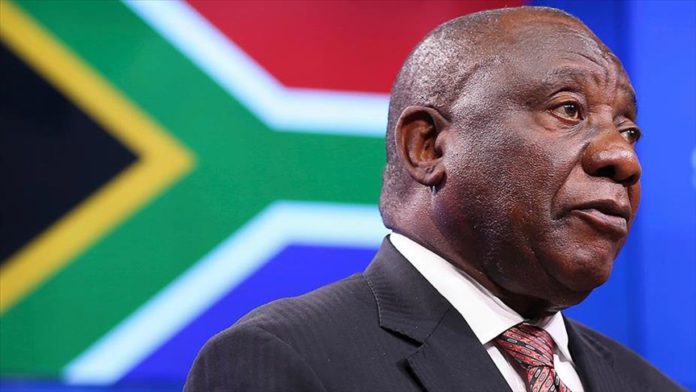 South Africa’s president vowed Monday to restore calm and order following days of violent riots and looting in Africa’s most developed country over the jailing of former President Jacob Zuma.

He said his government is mobilizing all available resources and capabilities to restore order in the country after protests and looting erupted Thursday in KwaZulu-Natal province, spread to Johannesburg on Saturday and continued into Monday.

Major malls and shopping centers in South Africa’s two most densely populated provinces of KwaZulu-Natal and Gauteng, which includes Johannesburg and Pretoria, were ransacked. Brookside Mall in Pietermaritzburg in KwaZulu-Natal was also set on fire.

Vehicles and trucks were also burnt by groups of protestors calling for the release of Zuma from prison.

Zuma, 79, started serving a prison sentence for contempt of court in KwaZulu-Natal on Wednesday night, and ensuing protests had so far largely been restricted to the coastal province.

Ramaphosa said parts of the country are reeling from several days and nights of public violence, destruction of property and “looting of the sort rarely seen before in the history of our democracy.”

The South African leader said the National Joint Operational and Intelligence Structure – known as NatJOINTS – has intensified deployments in all the affected areas in KwaZulu-Natal and Gauteng.

“The South African Police Service is putting measures in place to call up operational members from leave and rest days to increase the presence of law enforcement personnel on the ground,” he said.

He also said that 489 suspects have been arrested in connection with the protests.

Ramaphosa said his government will take action to protect every person in the country against the threat of violence, intimidation, theft and looting.

“We will not hesitate to arrest and prosecute those who perpetrate these actions and will ensure that they face the full might of our law,” he added.

US stocks open lower as investors focus on Russia-Ukraine tension