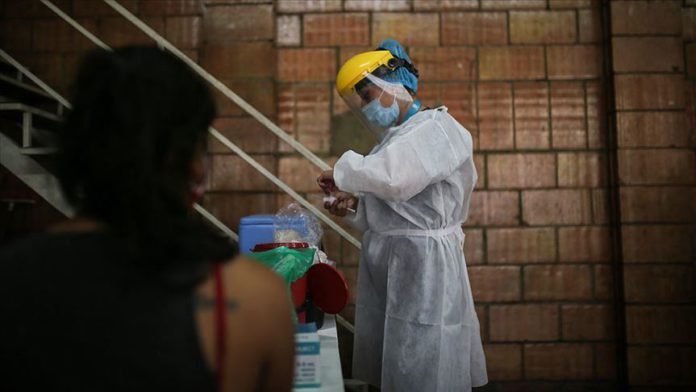 South Africa has confirmed more than half a million cases of the novel coronavirus, the country’s health minister said Sunday

Twenty-five deaths were recorded in the Eastern Cape Province and 40 in Gauteng province, which includes the capital Pretoria and Johannesburg.

Thirty-one other deaths were reported in KwaZulu-Natal province, 43 in Western Cape province, 51 in Free State province and 23 in Limpopo province.

The tourism region of Western Cape has the highest number of fatalities at 3,117, followed by Gauteng province at 2,115 and Eastern Cape province at 1,769. The remaining six of the country’s nine provinces have less than 1,000 deaths each.

South Africa has conducted over 3 million tests for the virus since it was first detected in the country nearly four months ago, with 34,794 conducted in the past 24 hours.

The country is now the fifth most-affected country globally in terms of COVID-19 infections.

The coronavirus pandemic has claimed nearly 687,000 lives in 188 countries and regions since originating in Wuhan, China last December. The US, Brazil, India and Russia are currently the worst-hit countries in the world.

More than 17.9 million COVID-19 cases have been reported worldwide, with recoveries exceeding 10.6 million

South Africa has the highest incidence of COVID-19 in Africa, with the virus claiming 8,366 lives.