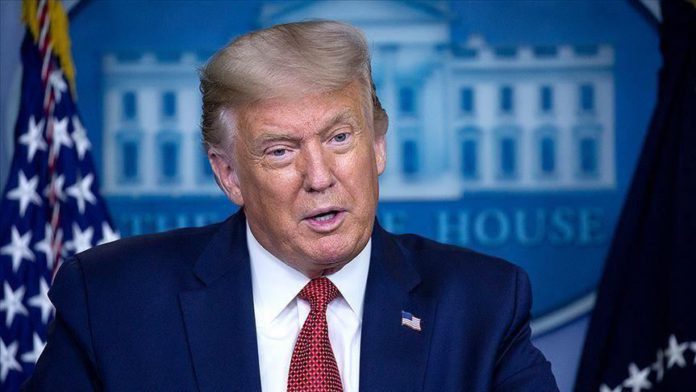 In his soon-to-be published book, Trump’s former personal lawyer Michael Cohen alleges that Trump said Mandela, South Africa’s first Black president and a Nobel peace laureate, was “no leader” and made other disparaging remarks about him.

“All freedom-loving people of the world are appalled by these insults which come from a person who, himself, is not a model of competent leadership,” the ANC said in a strongly worded statement.

The party further said that Trump “is [the most] divisive, misogynistic and disrespectful person ever to occupy the office of the president.”

“The icon of our struggle, President Nelson Mandela, stands in contrast to Trump. A unifying and principled leader, President Mandela reached out to the world and sought to bring peace and a just society,” said the party, which was led by Mandela from 1991-1997.

According to reports, Trump has denied the allegations leveled against him in the book. But this has not stopped South Africans from responding bitterly.

“The ANC is confident that President Mandela would have reached out to Donald Trump to teach him to understand the complex challenges of the developing world and shown him the wisdom to lift the blockade on Cuba,” the party said.

“He would have invited him to visit Gaza to appreciate the pain of the Palestinian people and advised him to work with the international community to help find a lasting solution to the conflict in the Middle East,” it added.

Mandela is the most revered global statesman, and the UN celebrates his birthday annually on July 18 to commemorate his fight against racism and apartheid and his contribution to global peace. Mandela became the first democratically elected president of South Africa in 1994.

He led the country to usher in a multi-racial democracy. He stepped down from office in 1999 after completing his term, refusing to stand for a second term.

He joined the ANC at the age of 25 along with other anti-apartheid struggle stalwarts such as Walter Sisulu and Oliver Tambo. They also founded the ANC’s Youth League.

What distinguished his personality was that he did not harbor feelings of bitterness or revenge against his tormentors. Instead, he chose reconciliation and forgiveness to unite all racial groups in South Africa. His leadership approach and ability to bring everyone together won him global admiration and the 1993 Nobel Peace Prize.

After stepping down as president in 1999, Mandela joined global peace and health campaigns to benefit humanity. He campaigned against the HIV scourge, which had ravaged his country, even claiming the life of one of his sons.

Mandela spearheaded peace negotiations in the Democratic Republic of Congo, Burundi and other countries. He was also a known supporter of the Palestinian cause.

He died in 2013 at the age of 95 after suffering from a prolonged respiratory infection.