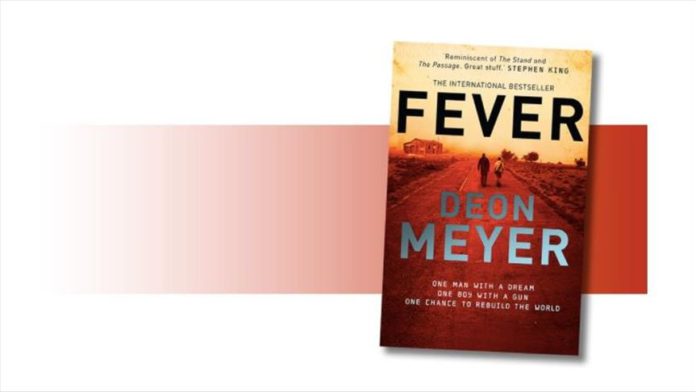 South African writer Deon Meyer had never imagined that the fiction he wrote in 2016 will turn into reality in 2020.

Set in South Africa, the plot of his novel Fever is an accurate depiction of the COVID-19 pandemic currently ravaging the world.

In an exclusive interview with Anadolu Agency, Meyer said it was strange to see his novel turning into a reality.

“When you create a fiction — especially post-apocalyptic fiction — you do it in the safety of a normal word, in the belief that it would never happen, “he said.

The novel Fever is woven around the sad story of a father and his son who struggle to survive in South Africa at a time when an airborne virus has wiped out 95% of the global population. Its plot revolves around survivors who are in the process of rebuilding a community, even as the borders have been sealed.

Many events in this book have chilling similarities to what is happening in the world currently due to the COVID-19 virus.

The South African novelist said while researching for his novel, he came across through various scientific articles that had warned about a pandemic. But, he never believed in those warnings until now.

Meyer decided to write the fiction after witnessing the havoc created by the Avian Influenza (H5N1) and the H1N1 Swine Flu virus from 2009-2010.

“These two terrifying scares, as well as the constant outbreaks of Ebola in Africa, gave me the idea to explore the possibility of a virus as the reason for my needed apocalypse,” he said in an email interview from his home in Stellenbosch, South Africa where he lives with his wife Marianne.

Scientists helped in the plot

Asked about the motivation behind writing such a book, Meyer said he wanted to explore a world after a virus had decimated the world population, and not so much about the pandemic itself.

During his research, the author said he had approached the world-renowned virologist Wolfgang Preiser, who is chief of the Medical Virology Department at the University of Stellenbosch.

“I approached Wolfgang with a request to identify a virus that could do the sort of damage that I needed in the novel. The magnanimous and indulgent professor not only helped enthusiastically but called upon his illustrious colleague Richard Tedder of University College in London also to join the help,” said the author.

He said the scientists told him to pick the coronavirus as the candidate for the novel. They gave him details about the virus and how it can wreak havoc.

The plot of the novel revolves around a man somewhere in tropical Africa laying down under a mango tree. The man has low resistance because of HIV-infection.

A sick bat, with coronavirus in the blood, defecates on his face. The virus multiplies in his windpipe and mutates into a new kind of virus– one that can infect other people easily through the respiratory system.

The plot has such a similarity with the current pandemic that it also speaks about social distancing.

“The man under the mango tree lived in a poor community, where people were crammed together, and where the incidence of HIV was high. He quickly infected others. The new virus spread through the community and kept on mutating. One mutation was just perfect. It spread easily through the air, taking long enough to kill for each person to have infected many others,“ read an excerpt from the novel.

Not only this, but the novel also goes on to further explain the virus taking a flight to reach England.

“One of the family members of the man under the mango tree worked at an airport in the nearby city. The family member was incubating the perfect virus. He coughed on a passenger, just before the woman took the flight to England. In England, there was a big international sporting event,“ read another extract.

Another extract talks about plans of developed countries to deal with infectious diseases and epidemics. But the author concludes that nature paid no heed to such protocols and nor did human fallibility.