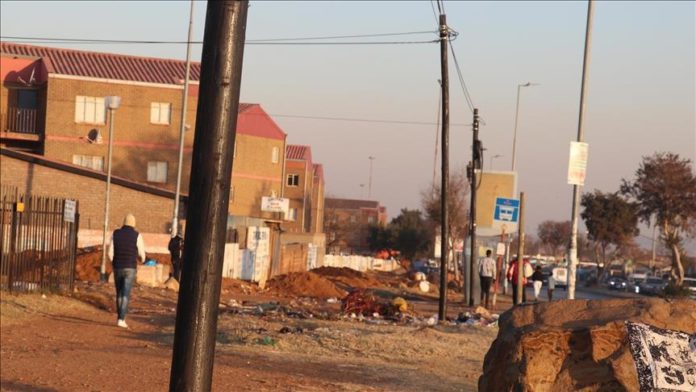 An unemployed young man living in Johannesburg, South Africa’s largest city, said he joined in the widespread looting because he cannot find a job.

High unemployment and economic woes are the main reasons behind the riots and looting, which were triggered last week by the jailing of former President Jacob Zuma, said Gontse, who lives in the Soweto Township

“I can speak for myself,” he told Anadolu Agency. “I loot because I can’t find a job even though I’ve been looking for one. In that situation looting is the only option.”

Protests began last Thursday in Zuma’s home province of KwaZulu-Natal and later spread to Johannesburg, capital of the Gauteng province, and have been ongoing for days.

At least 72 people have lost their lives and hundreds have been detained in the looting and violence in Gauteng and Kwazulu-Natal.

At least eight people lost their lives in Soweto, one of Johannesburg’s poorest districts, now one of the centers of looting and violence.

“We’re doing our best to protect the local economy from looting,” he said, stressing the direct impact of the unrest.

Zuma, 79, started serving time for contempt of court on July 7.

On July 7, the government deployed 5,000 military personnel to the streets of KwaZulu-Natal and Johannesburg to quell the unrest.

There were already 5,000 troops on the ground, and the government is expected to add 15,000 more this week.