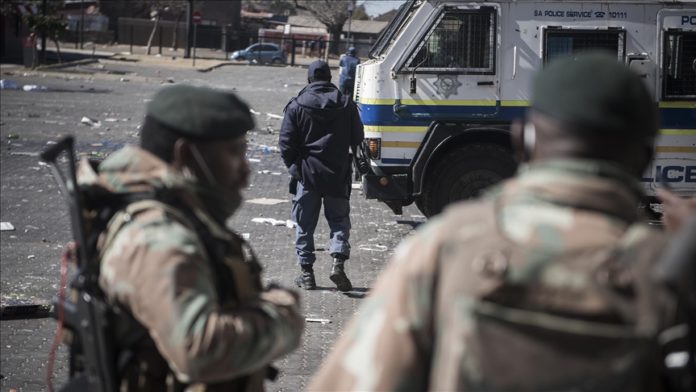 South Africa’s president admitted Friday that his government was poorly prepared to deal with what he described as an orchestrated campaign of public violence and destruction planned by anti-government elements.

“While we commend the brave actions of our security forces on the ground, we must admit that we did not have the capabilities and plans in place to respond swiftly and decisively,” Cyril Ramaphosa said in an address to the nation.

For the past week, South Africa witnessed incidents of sporadic looting and destruction of property started by protesters calling for the release of jailed former President Jacob Zuma.

The protests which began in Zuma’s home province of KwaZulu-Natal later spread to Johannesburg where several major shopping venues were ransacked and some set on fire.

Vehicles and trucks were also burned by protesters calling for Zuma’s release.

Ramaphosa said police faced a difficult situation during the onset of the violence and exercised commendable restraint to prevent any loss of life or further escalation. But once the military was deployed, authorities were able to quickly restore calm to most areas.

“Once this crisis has passed, we will undertake a thorough and critical review of our preparedness and our response,” he promised.

Ramaphosa said it is clear the events of the past week were nothing less than a deliberate, coordinated and well-planned attack on the country’s democracy by instigators.

He said his government will track down known instigators and their networks so they face the full might of the law.

“Specialized units of our law enforcement agencies are working around the clock to locate and apprehend those responsible for planning and coordinating this violence,” said Ramaphosa. “We will spare no effort in bringing these individuals to justice.”

He said his government will not allow any person or any group to challenge the authority of the democratically elected government.