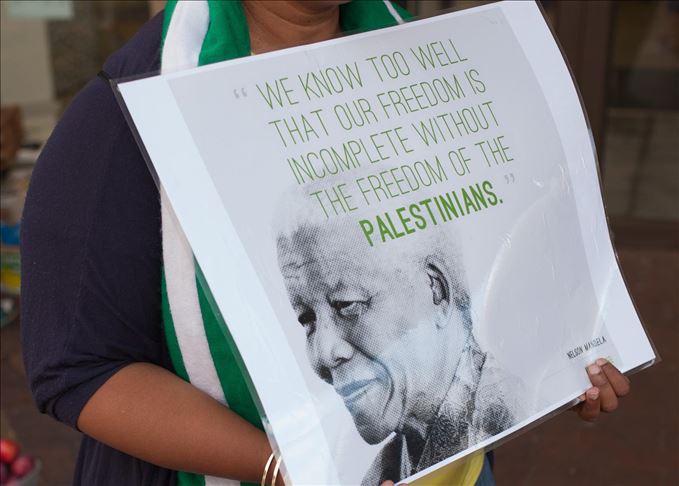 Pro-Palestinian activists in South Africa have condemned a deal reached between Israel and the United Arab Emirates (UAE) Thursday, describing it as a stab in the back of Palestine’s struggle for freedom.

The United States brokered the deal, which will lead to the full normalization of relations between Israel and the UAE.

‘‘Certain Arab governments have a record of colluding with the USA in their oppressive policies in the Middle East. However, we know that the Arab peoples, on the other hand, have always stood against oppression,’’ Desai said by phone.

Desai said the US once tried to use African governments to collude with apartheid South Africa.

“We are familiar with such tactics. However, at the end, the will of the peoples of a region — be it in the Middle East or in Africa — will be the deciding factor.”

The outspoken Pro-Palestinian activist said his organization will be accelerating its work with its partners across the African and Middle Eastern regions to ensure that a just peace in Israel-Palestine is achieved.

Suraya Dadoo, an author and researcher based in Johannesburg, said that during the South African people’s struggle against apartheid, African states formed the frontline of resistance against Pretoria’s brutal regime.

She said countries across the African continent provided logistical, political and economic support to South Africa’s liberation struggle, which she said the world should emulate by isolating Israel.

Dadoo said that just as the isolation of South Africa on the African continent was a crucial component in the fight against South African apartheid, so too is the boycott of Israel in the Arab world central in the fight for the liberation of Palestine.

“How can Muslims around the world claim to be in solidarity with the state of Palestine and still go ahead and do business with the racist Israeli regime that kills Palestinian children, men and women?” she said.

Dr. Faisal Suliman, chairman of the South Africa Muslims Network (SAMNET), said the deal is a poor decision for the UAE.

He said the more Israel becomes friendly with Palestine’s neighbors, the less places there are for Palestine to get support and also to take refuge.

“This deal is a step backwards for the freedom and rights of the Palestinians and a poor moral decision for the UAE,” he said by phone from the coastal city of Durban.

Many South Africans support the Palestinian struggle because they believe what is happening to Palestinians under Israeli occupation is similar to what they experienced in the apartheid era.

The ruling African National Congress (ANC) has been vocal in its support for Palestine. It is yet to issue a statement on the deal.