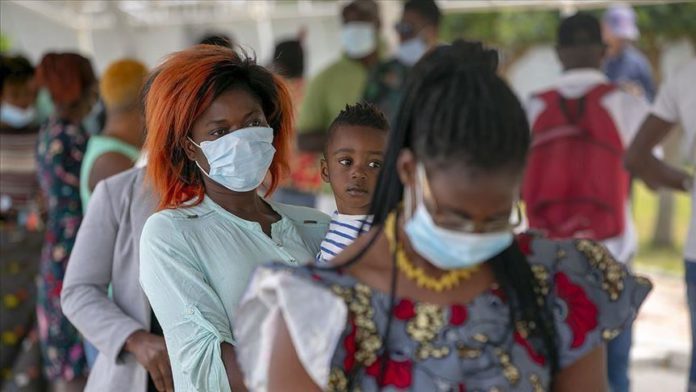 South Africa’s president said Monday his government will support women-owned businesses as part of its commitment to ensure gender equality in Africa’s most advanced economy.

“We are going to drive women’s economic inclusion through public procurement,” Cyril Ramaphosa said in his weekly newsletter as he paid tribute to South Africa’s women on Women’s Day.

“We have set the target of ensuring that at least 40% of goods and services procured by public entities are sourced from women-owned businesses,” he said.

South Africa celebrates Women’s Day on Aug. 9 to commemorate the anniversary of the day in 1956 when 20,000 women from all races marched to the Union Buildings (Seat of South Africa’s government) to demand for an end to the dreaded pass laws.

During the Apartheid regime Blacks were required to carry passes that would allow them to move from one area to another. The women also demanded for their right to live in freedom.

Ramaphosa said as part of his government’s promise for gender equality, they have made a number of commitments under “Generation Equality” that will be given effect through the country’s National Strategic Plan.

“We are going to scale up support for women-owned SMMEs (small, medium and micro-seized enterprises) and for women who work in the informal sector or are unemployed. This will include engagement with the financial sector to make financial services accessible and affordable for women,” he said.

The president said they will work to make sure that more women have access to productive assets such as land.

“We want to ensure that women are protected from gender-based violence in the workplace. In this regard, we will be working at a national and regional level towards the ratification of the ILO [International Labor Organizations] Convention on Violence and Harassment in the Workplace.”

South Africa has the highest number of gender violence incidences targeting women and girls on the continent, but the government has set up tough laws to punish offenders.

The president said women must be empowered to give them financial freedom to liberate them from abusive relationships.

“Let us be the generation that ends the oppression of women in all its forms, in our lifetime,” he said.