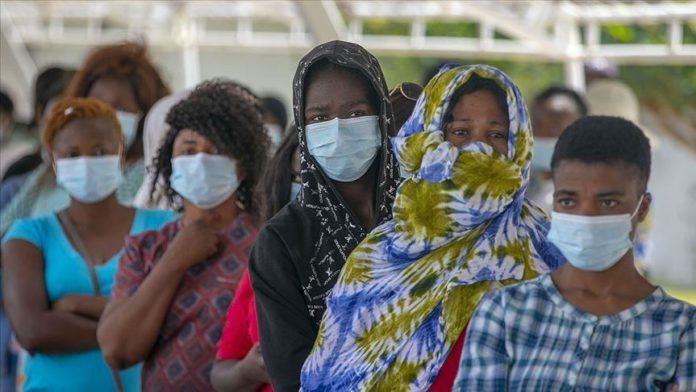 South Africa announced Sunday that it will further ease its strict nationwide lockdown imposed several weeks ago to curb the spread of the novel coronavirus, allowing most of the economy to function starting June 1.

“This will result in the opening up of the economy and the removal of a number of restrictions on the movement of people while significantly expanding and intensifying our public health interventions,” President Cyril Ramaphosa said in an address to the nation.

He said following consultations, the Cabinet has determined that the alert level for the entire country be lowered from Level 4 to Level 3 with effect from the beginning of June.

South Africa declared a national disaster 10 weeks ago, imposing rules such as barring non-essential workers from leaving their homes in a bid to contain the spread of the country’s coronavirus outbreak.

Earlier this month, however, the country began to gradually loosen its strict lockdown regulations, allowing specific industries to reopen.

Ramaphosa said he was sorry that some of the measures imposed a great hardship on citizens by restricting their right to move and eke out a living but added that the rules helped slow down the number of new infections.

“As a result of the measures we imposed – and the sacrifices you made – we have managed to slow the rate of infection and prevent our health facilities from being overwhelmed,” he said.

He further said that the government used the time during the lockdown to build up an extensive public health response and prepare its health system for the anticipated surge in infections.

Ramaphosa said there are currently 22,583 confirmed coronavirus cases in South Africa and 429 deaths.

“The number of infected people could have been much higher had we not acted when we did to impose drastic containment measures,” he said, adding the country is prepared for the expected increase in infections with around 20,000 hospital beds set aside for COVID-19 cases.

He also noted that there were 27 field hospitals being built around the country with many ready to receive coronavirus patients.