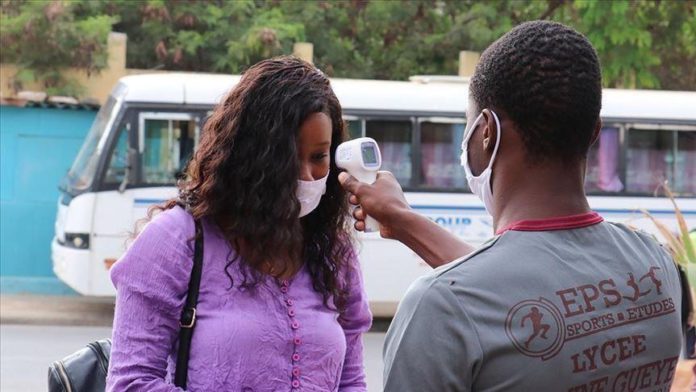 Four of the country’s nine provinces – Western Cape, Eastern Cape, KwaZulu-Natal, and Gauteng – are the key drivers of this new wave, Zweli Mkhize said in a news briefing.

“Since the end of September, we had actually seen most of our numbers coming down to as low as 1,000, but now the numbers are increasing… Today, we have breached the 6,000 mark in terms of new cases, with the total new cases identified at 6,079,” he said.

South Africa saw an average of 15,000 cases daily during its first peak in July.

Some 30% of the new cases were from Western Cape, 24% from Eastern Cape, 23% in KwaZulu-Natal, and 17% in Gauteng, which includes the executive capital Pretoria and commercial hub Johannesburg, according to the minister.

South Africa remains the worst-hit country on the continent, with its overall count now at 828,598, including 22,574 fatalities.

Mkhize also expressed concern over the rise in infections among teenaged schoolchildren.

“In the past few days, the age distribution has also shown a different pattern form the norm. The peak age at this period is now 15 to 19 years of age. This is a new issue and this is what is most worrying,” he said.

With regards to the upcoming holiday season, the minister called on citizens to show a sense of responsibility and temper festivities.

“We now need to understand that we have a responsibility to enjoy with various restraints. If our enjoyment is going to lead to more people getting sick, getting admitted and even some losing lives, it is not a responsible way of enjoying ourselves,” said Mkhize.

“We need to prepare for a festive season with a difference.”

Canada 'deeply saddened' by violent protests in US