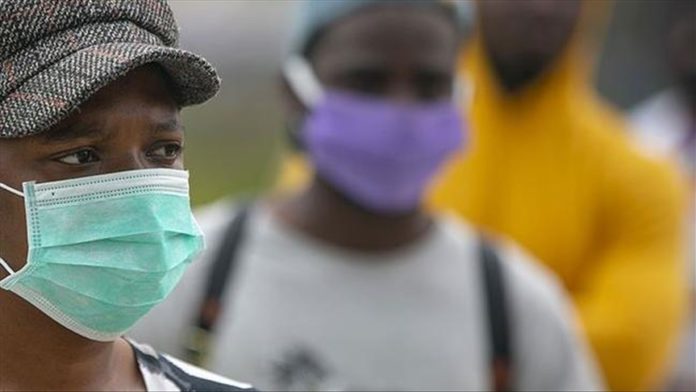 South Africa has started to see a decline in coronavirus cases, according to data released late Tuesday by Health Minister Zweli Mkhize.

Mkhize said the country recorded 1,742 COVID-19 cases in the past 24 hours with a lower positivity rate of 6.48% compared to the past two months, when the rate was 10% or above.

Mkhize also revealed that a further 396 people had succumbed to COVID-19, taking the country’s total number of deaths to 46,869.

He said Limpopo province recorded the highest number of deaths, at 118, followed by Gauteng province, which includes the country’s largest city, Johannesburg, and the capital Pretoria with 81 fatalities.

The tourism region of Western Cape, home to Cape Town, registered 65 deaths, followed by Eastern Cape with 20. The remaining five provinces had less than 20 deaths each.

South Africa is also struggling with a new variant of the coronavirus known as 501Y.V2.

This week, Mkhize temporarily banned the use of the AstraZeneca vaccine hours after a new study revealed that it is less effective against the 501Y.V2 variant

Africa’s most advanced economy had received 1 million doses of the vaccine on Feb. 1, which the government had said would first be administered to frontline health workers.

“We shall wait for guidance from our scientists on how to use the AstraZeneca vaccine,” Mkhize said at a news conference this week attended by health experts who gave updates regarding vaccines.

South Africa has the highest number of infections and deaths on the continent and is also the 16th most affected country in the world.