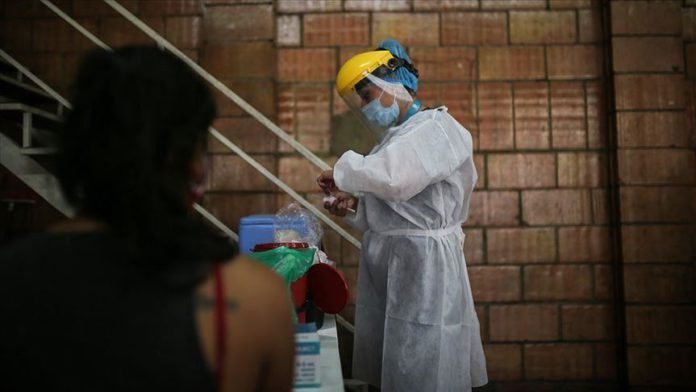 South Africa on Thursday registered 2,585 new cases of the novel coronavirus over the last 24 hours, bringing the total number of cases to 618,286, the health minister announced.

Zweli Mkhize said 126 people died due to the virus on Thursday, pushing the total number of fatalities to 13,628.

“We extend our condolences to the loved ones of the departed and thank the health care workers that treated the deceased patients,” “Mkhize, said adding that so far 531,338 people have recovered from the virus.

The tourism province of Western Cape has the highest number of deaths with 3,843, followed by Gauteng province, which includes the capital Pretoria and economic hub Johannesburg, with 3,428 deaths and the Eastern Cape with 2,853 fatalities. Other remaining six provinces have less than 2,200 deaths each.

South Africa has conducted 3.6 million tests with 19,000 new cases conducted over the past 24 hours.

During his interaction with the National Assembly earlier on Thursday, President Cyril Ramaphosa paid his respects to those who died of COVID-19. Some members of parliament have also passed away in the last few months due to the pandemic.

The president noted that this was a difficult time for the country as families lose loved ones to COVID-19.

“Because of the ongoing pandemic, families are often unable to mourn and honour those who have passed on in the manner that they would have wanted,” he said.

South Africa has the highest number of confirmed COVID-19 cases on the continent and the fifth highest globally, according to data from US-based Johns Hopkins University.

500 TSA staff in US airports test positive for COVID-19