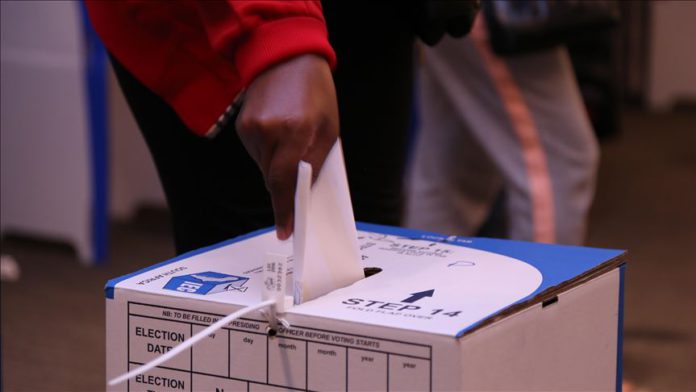 South Africa’s constitutional court ruled Thursday that independent candidates not affiliated with any political party can now contest in elections for national or provincial office.

Prior to the ruling, only members of political parties could contest in national or provincial polls, while independent candidates could only contest for office in local government elections.

In a landmark judgment, Justice Mbuyiseli Madlanga ruled that the current electoral act is unconstitutional since it insists that citizens can only vie for national or provincial political office when they are members of a political party.

He gave parliament 24 months to amend the electoral law.

“It’s an historic moment indeed because it finally gives effect to what democracy is. It’s an opportunity for all South Africans to now stand and say we will stand as individuals and bring change to our nation,” Mmusi Maimane, the former leader of South Africa’s largest opposition party the Democratic Alliance and current leader of the One South Africa movement, told reporters after the judgment.

Although independent candidates will be allowed to contest for parliamentary and provincial seats, the president will still be elected by members of the National Assembly.

Non-governmental organization the New Nation Movement, which brought the case to court calling for the electoral law to be amended, said it was excited by the ruling, describing it as a victory for all South Africans.

Analysts believe voters are unhappy with the performance of the country’s major political parties, which are not directly accountable to them. The dominant political parties include the ruling African National Congress (ANC), which has been in office since 1994, when the country become a democracy after the end of apartheid.

The Democratic Alliance and the Economic Freedom Fighters Party (EFF) are the two leading opposition parties with several smaller active parties with representation in the national parliament and provincial legislatures.