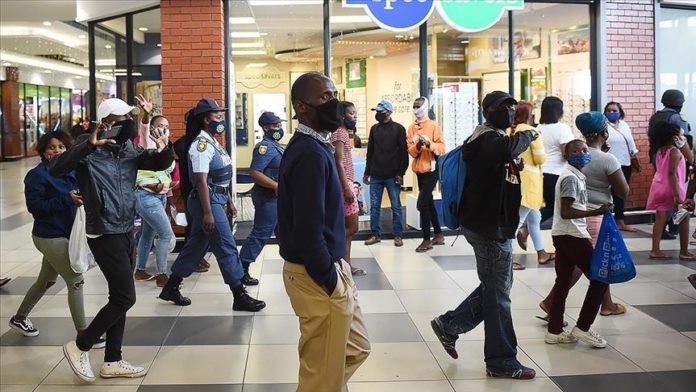 South Africa’s president announced a further relaxation of lockdown restrictions late Sunday as cases of COVID-19 slowed down in the continent’s most affected nation.

“Schools will re-open tomorrow, Monday the 26th of July, according to strict health protocols and other measures,” Ramaphosa said, adding: “It remains mandatory for every person to wear a face mask at all times when in public spaces.”

He also partially lifted a ban on the sale of alcohol, saying retail outlets can sell alcohol for off-site consumption between 10 a.m. and 6 p.m. from Monday to Thursday.

Alcohol sales for on-site consumption will be permitted according to license conditions up to 8 p.m.

The South African leader also permitted religious and political gatherings indoors but not exceeding 50 people, which also applies to attendance at funerals. He also announced that interprovincial travel for leisure can now resume.

On Sunday, the country registered 9,718 new cases, bringing the total number of laboratory-confirmed infections to 2,377,823. The Department of Health also announced that 287 coronavirus-related deaths have been reported, bringing total fatalities to 69,775.

The country of over 60 million people has conducted nearly 15 million COVID tests since the virus was first reported.

“We are now administering more than 240,000 vaccines every weekday,” Ramaphosa said.

“As a result, we have now administered more than 6.3 million vaccines, with over 10% of our population having received a vaccine dose.”

He said this was made possible through close collaboration between the government, the private sector and the active support of other social partners.​​​​​​​

Ramaphosa also said that in the coming weeks, they will substantially increase the rate of vaccination by increasing the number of vaccination sites and improving the vaccination registration system.

'Turkey determined to crack down on drug trafficking'