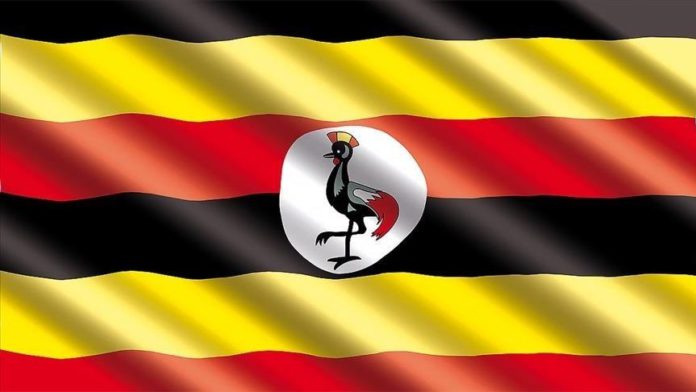 Wilberforce Mujuni, 67, is bitter because his maize plants are withering due to the ongoing drought in Uganda.

A resident of the central Ugandan district of Kayunga, Mujuni owns a 50-acre farm of maize and beans. His farm is 1 kilometer, a little more than half a mile, from the Nile River bank but he cannot place a pump on the river’s bank to pump water to his farm.

He is not alone.

Many farmers in different parts of the country where the Nile passes are also not happy about not being allowed to use water from the Nile to irrigate their gardens.

“When I went to the commercial bank to get a loan to buy a water pump, the manager of the bank asked me where I was going to draw the water from. When I told him that I was going to get it from the Nile he said it was illegal to do so because the water belongs to Egypt and Sudan,” said Mujuni.

He sought advice from authorities but was told that it was acceptable for residents living on the river bank to draw water for domestic use and other activities that do not require much water but activities that require a lot of water was not allowed because it would affect the flow of water which by law belongs to Egypt.

“Altogether, River Nile water comes from 10 countries in the Nile River basin from where water flows into Lake Victoria and the river itself through numerous small tributaries. The Nile River flows from Lake Victoria in Uganda, from where the source of the Nile is located. But, by a quirk of British colonial history, only Egypt and its neighbor, Sudan, have all rights to its water,” said Tom Isabirye, a lecturer of history at Busoga University.

“All those countries have a right to claim her as at least partly their own. But they are not given that opportunity,” said Isabirye.

The world’s longest river starts its 4,000-mile (6,437-kilometer) journey from the eastern Uganda town of Jinja to the Mediterranean Sea through Sudan and Egypt.

Along its long journey, there are several waterfalls, especially in Uganda, including Owen Falls, Murchison Falls, Karuma Falls and Bujagali Falls.

It flows up to Khartoum in Sudan, where it converges with the Blue Nile that originates from Ethiopia and then empties into the Mediterranean Sea.

A 1929 treaty was orchestrated by the British between colonized states, giving Egypt and Sudan all the water rights and the ability to veto development projects in source countries.

In 1959, a treaty was arranged by Egypt and Sudan, that said they should continue to receive virtually all the water.

Those treaties stand up to today.

A researcher in Uganda, Justus Muhanguzi, recently wrote in the Ugandan government newspaper, The New Vision, that most streams in Uganda are part of tributaries to the Nile.

”While the preservation, safety and protection of that stream in your village may not be your primary concern, it is the concern of Egypt which needs its water. Egypt can frown if that stream stopped running,” he said.

Muhanguzi said Nile waters are an extremely hot potato in Egypt. “Challenging this can cause a serious war that may destroy Uganda and her neighbors in a few hours,” he said.

Countries in the Nile River basin started the Nile Basin Initiative (NBI) which for more than a decade has been trying to negotiate a new agreement.

Ethiopia, Tanzania, Uganda, Kenya and Rwanda have signed a deal that approves more sharing of water but Egypt and Sudan have rejected the plan.

“In the past, we did not mind about Egypt and Sudan owning the water of River Nile because we had enough rain then. But in recent years the rains have become unreliable due to climate change. We need to start using River Nile water to irrigate our plants,” prominent farmer in northern Uganda’s West Nile region, Barnabas Onzima, told Anadolu Agency.

But veteran politician John Okello said Uganda should endeavor to negotiate with Sudan and Egypt so that farmers can use some Nile water for irrigation during dry seasons.

“Egypt and Sudan cannot do without Nile River water. Those two countries can even use their military might against any country that interferes with the smooth flow of water into their countries,” he said.

Okello requested that Ugandan officials continue negotiating with Sudan and Egypt so they can accept them using Nile water for irrigation.