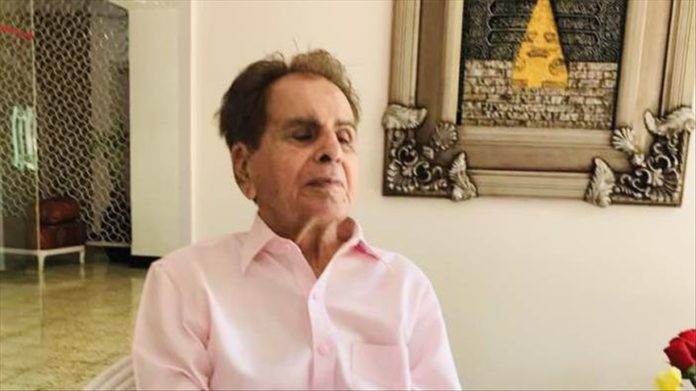 The death of legendary Indian actor Dilip Kumar, who passed away early on Wednesday morning in Mumbai at the age of 98, is being mourned across the border in Pakistan, home to his birthplace Peshawar.

Kumar, hailed as an all-time great of Indian cinema, was born as Muhammad Yusuf Khan in the northwestern city on December 11, 1922, well before the Indian subcontinent’s partition.

His father, a fruit merchant, moved the family to Mumbai, then known as Bombay, sometime in the 1930s.

Khan took the stage name of Dilip Kumar when he stepped into Bollywood, the name given to India’s film industry.

It is rare for the citizens of the nuclear-armed neighbors to share a moment of unity as the one witnessed in the aftermath of the actor’s death, with prayers and praise flowing in from the public and dignitaries alike in India and Pakistan.

He was recalling the Bollywood icon’s help in generating funds for the cancer hospital and research center that Khan set up in 1994, over two decades before the cricketer-turned-politician was elected the country’s premier.

“Apart from this, for my generation Dilip Kumar was the greatest and most versatile actor,” Khan added.

President Arif Alvi lauded Kumar as “an outstanding actor, a humble man, and a dignified personality.”

“Sorry to see Dilip Kumar (Yusuf Khan) depart from his worldly abode … Condolences to the immediate family and his huge family of admirers. May his soul rest in peace,” he said on Twitter.

Locals in Peshawar’s historic Qissa Khwani Bazaar, an area near the one where Kumar spent his childhood, were bereft over what they said was a “great loss.”

“Since we heard the news, really everyone in Qissa Khwani is mourning his death,” Waris Khan, a resident, told Anadolu Agency.

The government of the Khyber Pakhtunkhwa (KP) province, of which Peshawar is the capital, hailed Kumar as a “son of Peshawar who will always be remembered.”

“Saddened to hear of Dilip Kumar’s demise, who has always cherished the love of Peshawar,” Kamran Bangash, a provincial government spokesperson, said in a statement.

“In this hour of grief, the people of Khyber Pakhtunkhwa and the government are with Dilip Kumar’s family.”

Apart from Kumar, Peshawar, known as the City of Flowers, was also once home to other icons of Indian cinema, including eminent actor, producer, and director Raj Kapoor, who died in 1988, and even Shahrukh Khan, who remains one of the biggest names of Bollywood till today.

Kumar visited Peshawar in 1988 to meet relatives and received a rousing welcome in his ancestral city.

Earlier this year, the KP government took possession of the ancestral homes of Kumar and Kapoor in Peshawar’s walled city and intends to turn them into museums after restoration.