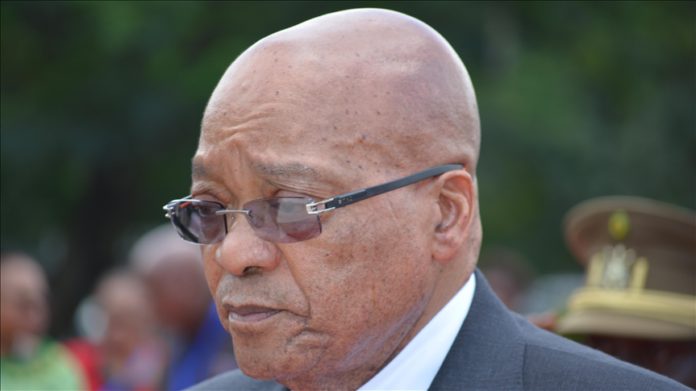 The son of former South African President Jacob Zuma threatened bloodshed on Wednesday if his father is arrested as a deadline looms.

“We will be stopping anybody who will want to incarcerate Jacob Zuma,” Edward Zuma told reporters outside the family’s home in Nkandla in KwaZulu-Natal province.

“We are not going to allow that. They [police] will have to shed blood because we are going to be defending him with our lives,” he said as he was flanked by supporters who danced and chanted.

Zuma was found guilty of “deliberately” refusing to appear before a judicial commission probing corruption during his nearly decade in power.

The State Capture Commission headed by Deputy Chief Justice Raymond Zondo brought the case against Zuma about four months ago, accusing him of refusing to appear on several occasions despite a court order demanding his presence.

In the rare ruling, the Constitutional Court ordered the former president to surrender to the Nkandla police station near his home or the Johannesburg Central Police Station within five days.

The deadline for Zuma to surrender is midnight and should he fail to do so, he would be arrested.

But in a bid to evade arrest, Zuma’s lawyers approached the Court last weekend asking for a recession on its earlier judgment.

They also approached a regional high court for an interdict to prevent police from making an arrest until the Constitutional Court hears his “rescission application” on July 12.

But legal experts believe Zuma might be arrested early Thursday should he not surrender.

Local media claimed several police vans in a town near Zuma’s home are waiting to move to his home and make the arrest once the deadline ends.

The younger Zuma remains adamant his father is going nowhere. “All we are saying is that there is no Jacob Zuma that is going to jail regardless of the out,” he told local television.