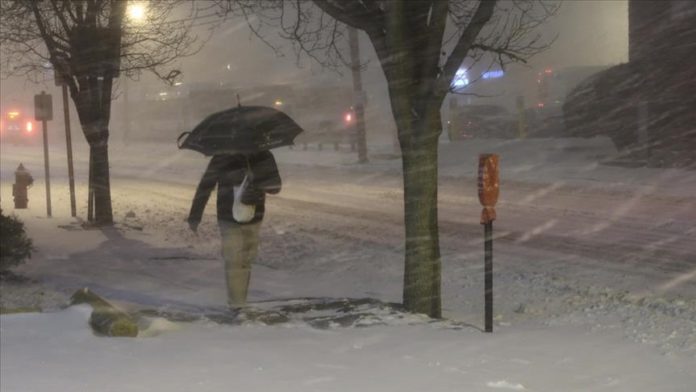 A winter storm that is wracking the northeastern US has dropped more snow on parts of the region than they saw in all of 2019, meteorologists said Thursday.

The storm blanketed a wide expanse from Philadelphia, Pennsylvania to Boston, Massachusetts with deep snow that averaged between 6 inches and 1 foot (15-30 cm).

But the National Weather Service (NWS) reported some pockets in the region received snowfall in excess of 40 inches (101 cm), particularly in Binghamton, New York, with over 2 feet (60 cm) recorded in State College, Pennsylvania.

In New York City, locals were experiencing some of the heaviest snowfall in years as the Bronx saw over 10 inches (25 cm), while over 8 inches (20 cm) was recorded in Queens, according to the NWS.

Much of the storm has already departed the US’s financial capital on its way further northeast.

Boston has already broken its daily record for snowfall on Dec. 17 without accounting for snowfall that fell late overnight, according to the NWS’ meteorologists. Boston’s previous record was 6.4 inches (16 cm). It has already hit 9.1 inches (23 cm) with totals expected to be further updated later Thursday as parts of the northeast were receiving snowfall at a rate of 2-3 inches (5-7 cm) per hour, the NWS said.

Tens of millions of Americans are under winter weather advisories, and 10,000 people were without power in New Jersey, New York and Connecticut, according to NBC News.

The storm has been linked to at least four deaths, NBC reported.