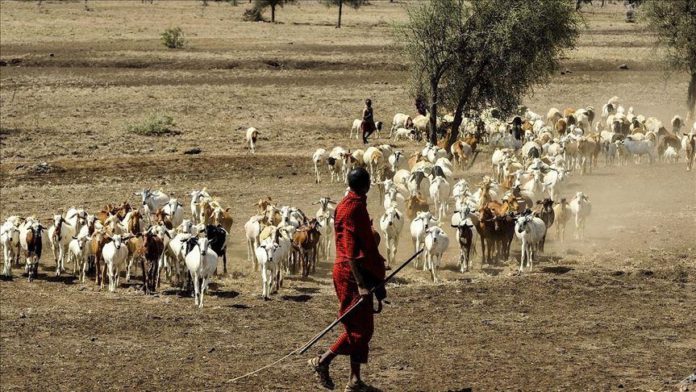 When a 62-year old nomad Ali khadar Hagi was moving with his goats and camels in search of grazing grounds in the northeastern province of Puntland in Somalia, he got a text message warning him about a flash flood.

He immediately changed the track and moved to a safer area.

“If it was not the early warning message, flash floods could have swept my cattle and even all of us and I am not sure if I could have recovered,” he told Anadolu Agency.

Off late nomads and farmers are reaping benefit from an early warning weather system put up by Puntland’s Humanitarian Affairs and Disaster Management Agency (HADMA).

The early warning system (EWS) can detect locusts, drought, floods, typhoons, making Somalia among the few countries in Africa with the capacity to warn people about disasters.

In 2011, more than 250,000 people lost their lives due to a severe drought in Somalia. Over the past many years, hundreds of thousands of livestock — the main source of livelihood for many Somalis — have died after being swept away by flash floods.

Hagi, who recently saved his family and cattle due to advance weather information recalls that he had recovered from a calamity that had struck him three years ago.

“The seasonal rains had failed that year. We lost everything we had planted and the animals were dying in great numbers. I had more than 200 goats but were reduced to 30, he said, while wiping his wrinkled face with a handkerchief.

He admits that things have now changed for the better because of the weather information system.

“I am grateful for the Somali government, the UN, and all those who have set up this warning system that we can be told of bad things in advance through the radio, TV or a simple text message,” he said.

Speaking to Anadolu Agency, Ikram Halima Isse, a mother of two said that she received a warning of severe floods in her area from HADMA due to a cyclone. They told us to relocate to high grounds with livestock.

“I believed in the message and moved to a different area. We saved our lives and goats. The water in that area, which we left had risen to almost waist-deep,” she said.

The UN in association with the Somali government has set up numerous early warning centers employing volunteers on the ground.

Officials associated with such centers say while climate change has made matters even more worst, but with the EWS put up in Puntland, they have managed to save many lives and protect livelihoods.

Explaining the working of EWS, Abdullahi Abdurahman from the disaster management agency said in most districts they have set up focal points with volunteers manning them.

“We call them and they relay the message to their districts. We rely on the radio and TV stations and also use SMS service. Sometimes we use vehicles mounted with amplifiers to warn people about the weather,” he said.

Off late now Turkey is helping the Somali government to modernize the weather information system.

The Ministry of Humanitarian Affairs and Disaster Management of Somalia recently informed that Turkey has promised to upgrade the weather information system that incudes forecast, remote sensing, drought prediction, and monitoring system.