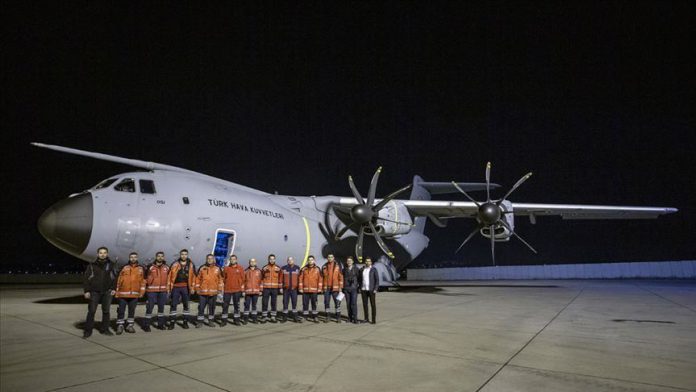 A Turkish military plane arrived in Somalia’s capital early Sunday carrying help in the wake of a terrorist attack that claimed nearly 80 lives.

“Turkish Armed Forces aircraft carrying health services personnel and equipment have arrived in Mogadishu in an effort to provide support for our Somalian brothers injured during the heinous terrorist bomb attack in Somalia,” said Turkey’s National Defense Ministry on Twitter.

Early Saturday, a suicide truck bomb attack on a security checkpoint in Mogadishu killed scores of people, including two Turkish nationals, and wounded many more.