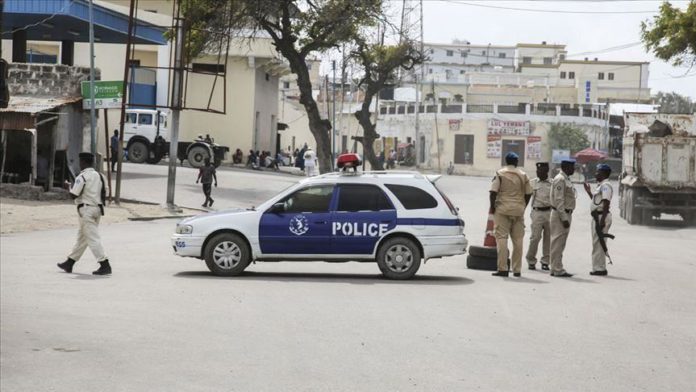 At least nine people were killed and 14 others injured on Saturday in a suicide car bombing in the Somalian capital, officials said.

Salad Mohamed, a senior police officer in Mogadishu told Anadolu Agency by phone, that a car laden with explosives blew up at the gate of a Somali army military base in the Warta-Nabada neighborhood.

The casualties include Somali soldiers and civilians.

The injured were transferred to the hospital for treatment.

Police have sealed off roads leading to the bomb site, eyewitnesses said.

No group has yet claimed responsibility for the suicide bombing, but in the past al-Shabaab has attacked many government officials and security officers in the country.