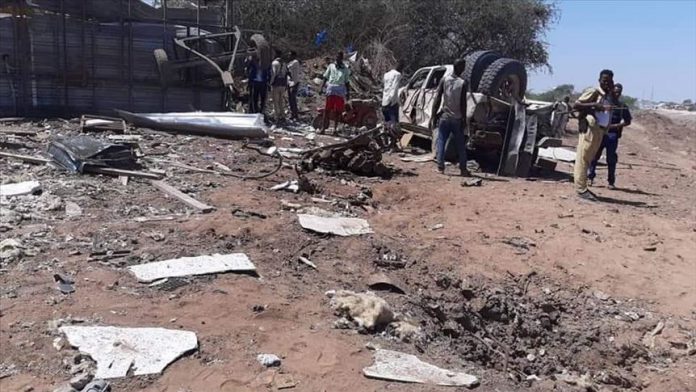 At least three people were killed and 20 others, including Turkish nationals, injured after a suicide car bomb blast targeted a police convoy escorting Turkish contractors in the Somali capital Mogadishu on Saturday, said officials.

Somali government spokesman Ismail Mukhtar Oronjo confirmed the attack to Anadolu Agency over the phone. The attack happened in the town of Afgoye, lower Shabelle region.

“It’s very early to say how many have been killed in the attack but what we know is several people including soldiers were killed and 20 others wounded and casualties could rise,” he said.