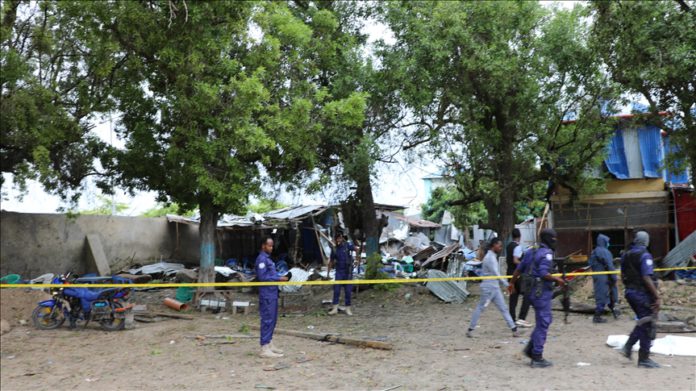 The death toll from Friday’s attack in Mogadishu that killed several high-ranking military and police officials has risen to 15, local authorities confirmed on Saturday.

Speaking to local media, security officials said that 15 people lost their lives in the suicide attack that happened in the central town of Galkayo in the Mudug region.

Police said that the new deaths were recorded from the injured that had been rushed to hospital after the attack at the stadium where a welcome party was being prepared for Somalia’s new Prime Minister Mohamed Hussein Roble.

A police officer who spoke to Anadolu Agency on condition of anonymity due to restrictions to speaking to the media said that “many of the deaths were recorded today Saturday, the doctors have tried all they can but some of the injured succumbed to their injuries. We have heightened security around the area of the attack.”

Locals from Galkayo expressed their sorrow over the incident.

Muuse Mohammed, 44, for his part said that the attack claimed the lives of patriotic people. “These are precious lives and they will live on in our hearts. We are asking the international community to come to our aid in security. We can farm and we can sustain our selves despite drought and famine. What we need is a secure Somali — no security means, no one can go farm.”

The UN among other international partners in Somalia condemned the attack.