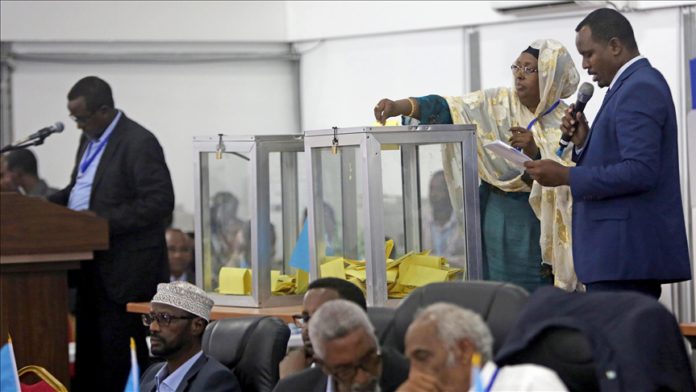 Somalia accused Kenya of interfering in its internal affairs Wednesday, and in elections that were scheduled Dec. 1 but delayed because of concerns by parties.

“Since independence, Somalia has never hosted any Kenyan opposition. But now, Nairobi is becoming the hub of the opposition which seeks to overturn local agreements,” Information Minister Osman Dubbe told journalists in Mogadishu in describing why his country kicked out the Kenyan envoy because of what is cited as poll interference among other issues.

Kenya is guilty of “sabotaging Somali businesses including the destruction of Hormuud Telcom masts, restrictions on air transport and not affording Somalis working in Kenya same treatment as they receive in Somalia,” Dubbe was quoted by the Hiiraan Online news outlet at a controversial news conference.

Somalia’s opposition parties dismissed the comments as “baseless and hypocritical” and said it is a strategy the government is using to ensure that it gets sympathy votes in the upcoming elections.

They asked the government not to politicize relations with Kenya.

“We are asking President Mohamed Farmaajo not to politicize the friendship of Somalia and its neighbours, we are concerned by the deteriorating relations and the impact it will have on Somali students, traders, refugees, and travellers in Kenya,” they said in a joint statement.

Kenya’s Foreign Ministry rejected the “untrue and unsubstantiated” allegations that it is meddling in Somalia’s affairs.

“The Government of Kenya respects and upholds the cardinal international principles of self-determination, sovereignty, political independence, and territorial integrity of all countries, and in particular those in Africa,” it said in a statement to Mogadishu.

Somalia missed the deadline Tuesday to hold parliamentary elections as agreed by the federal government and six regional states earlier this year.

Opposition leaders who have called Kenya a faithful neighbor, called for reforms, raising concerns about the election commission and its capacity to hold a free, fair and credible vote.

As many as 14 presidential candidates demanded an overhaul of the electoral commission in September. They also demanded the resignation of intelligence chief Fahad Yasin, accusing him of election interference.

The last elections were held in 2016.