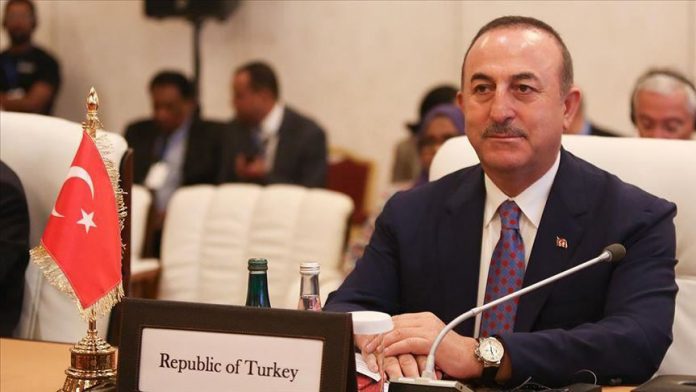 The Turkish foreign minister on Sunday said Somalia needs Turkey’s help to ensure political stability, to restructure national security forces and to create an environment that will allow economic development.

“It is primarily the duty of the Ummah to relieve the suffering of Somalia,” Cavusoglu said, adding that a consensus should be built to ensure peace in Somalia leaving differences aside.

Cavusoglu said cooperation was needed to raise Somalia’s position in the world.

“Somalia needs our help to ensure political stability, to restructure national security forces and to create an environment that will allow economic development.”

Cavusoglu said Turkey has participated in all international initiatives in Somalia to support the country.

“We offer a facilitating and mediating role in the negotiations between Somalia and Somaliland,” he said and added that the elections to be held in 2020 would constitute a turning point for the future of Somalia.

“We thank Qatar for their support to Turkey’s Operation Peace Spring,” Cavusoglu wrote on Twitter following their meeting.

Turkey launched Operation Peace Spring on Oct. 9 to eliminate all terrorist groups from northeastern Syria and create a safe zone along the border, thereby paving the way for the voluntary return of Syrian refugees.

Sahel coalition to aim for lasting peace in West Africa