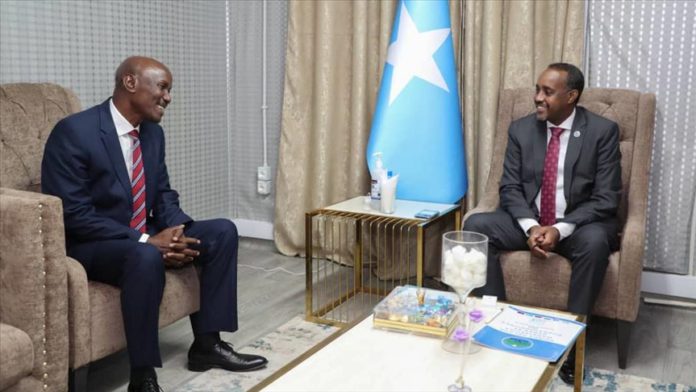 Somalia and Kenya on Wednesday discussed the need to deepen bilateral relations between the two East African nations, which recently restored ties after a months-long dispute.

Somali Prime Minister Mohamed Hussein Roble’s meeting with Kenya’s Ambassador to Somalia Lucas Tumbo in the capital Mogadishu was the first since the restoration of diplomatic relations between the two neighboring countries.

“The PM and the Ambassador discussed the need to deepen bilateral relations and enhance cooperation,” said the office of the Somali prime minister in a brief statement after the meeting.

Security, education, and trade relations between the two neighbors were severed for some five months, until Mogadishu announced in May that it was ready to restore ties with Nairobi, citing the interests of both countries.

Earlier this month Kenya accepted Somalia’s request to reopen its diplomatic mission in the capital Mogadishu after the restoration of ties.