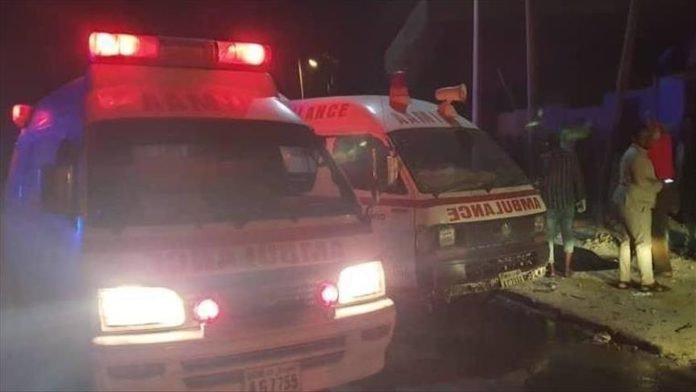 A regional governor in Somalia has escaped a suicide bombing that killed at least three people, including two of his bodyguards, officials said on Saturday.

Five more people were wounded when a suicide bomber detonated himself outside a hotel in Baidoa, the capital of Somalia’s Bay region and administrative capital of the South West State.

“Ali Wardhere Dooyow, the governor of Bay region, was the target. The governor was not hurt, but two of his guards and one more person have died,” Mohamud Adan Ibrahim, a police officer in Baidoa, told Anadolu Agency.

The five people wounded were mostly civilians and they have been shifted to a hospital, the official said.

Baidoa is considered one of Somalia’s major cities and is located some 240 kilometers (around 150 miles) southwest of the capital Mogadishu.

No group has yet claimed responsibility for the attack, but officials believe al-Shabaab, the terror group affiliated with al-Qaeda, was the most likely perpetrator.