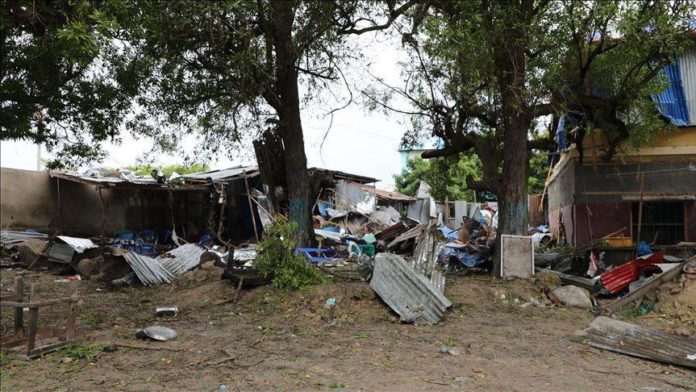 Meteorological experts in the Horn of Africa region reported that deadly Cyclone Gati which made landfall Sunday in Somalia is finally dissipating.

In the northern Somali towns of Hafun, Hurdiya and Bossaso, roads have become rivers, houses remain submerged and transport infrastructure has been crippled by the storm that caused immense physical and property damage.

At least eight people were killed Sunday and hundreds of thousands were displaced.

A UN report Wednesday said, “according to estimates compiled by Puntland authorities, the cyclone has affected about 180,000 people including fishermen, pastoralists, farmers, traders and other vulnerable groups, such as refugees and IDPs (internally displaced persons).”

Climate change, agriculture and food security scientist, Dr. John Recha, based in the Kenyan capital of Nairobi said human-caused climate change is to blame for the storm that hit Somalia.

“Climate change does cause cyclones when the earth is warmer or hotter, they affect the wind particles, they become more active, more volatile and therefore the typical direction of wind movement will change,” he said. “We have seen a lot of the cyclones of the coast of this side of East Africa in the Indian Ocean which are related to the patterns of the wind movement changing resulting in cyclones and resultant higher rainfall at moments which is not expected to be a rainy season.”

He noted that climate change is caused by greenhouse gasses which come from manufacturing industries, construction and transport, among other sources.

The biggest contributors, according to Recha, are industrialized countries. “There is a need for those countries to adhere to agreements which urge the use of cleaner energies to reduce carbon dioxide atmospheres,” he said.

He urged countries to invest in forest cover to prevent further calamities like the one that stuck Somalia. If we fail, “we expect to get into more of these extreme climatic events, more of the cyclones which are stronger, apart from cyclones there will be extreme flooding and droughts and their frequency will be increased.”