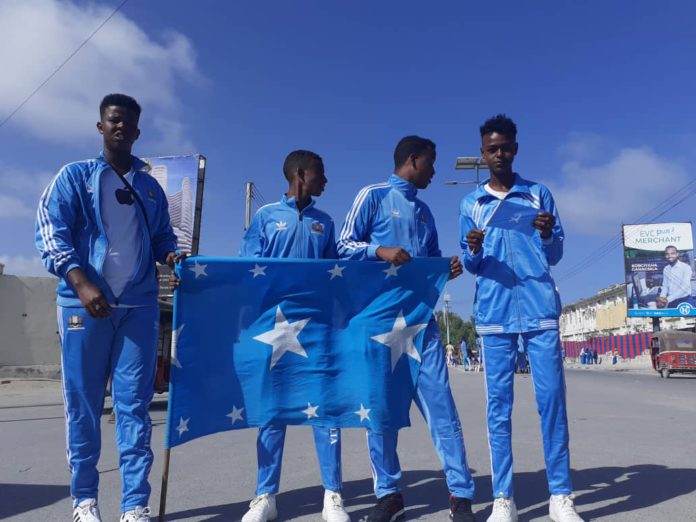 Somalis celebrated their 61st Independence Day on Thursday as leaders attended an official ceremony at the national theater in the capital Mogadishu.

Somalia’s southern regions took independence from Italy on this day in 1960.

“The heads of state attended the 1st of July commemoration ceremony on the 61st anniversary of the independence of southern regions of our country, the union of South and North, and the birth of our nation,” the prime minister’s office said.

Wearing blue and white – colors of the Somali flag – hundreds of young men and women also gathered at Daljirka Dahsoon (Tomb of the Unknown Soldier), one of the city’s famous landscapes, to sing the national anthem.

“Today is the day of the birth of our nation. I’m here with family, very happy to take part in this celebration,” Mohamed Mohamud Abdi, a 15-year-old boy, told Anadolu Agency. “We have seen painful events but should not forget celebrating the important day of our country.”

The international community also congratulated Somalia on its independence anniversary.

“On this day, sixty-one years ago, the people of Somalia realised their independent sovereign nation and committed themselves to build a peaceful and prosperous nation based on unity, equality, and justice,” said James Swan, UN’s special envoy to Somalia.

This commitment continues today and has been recently demonstrated through the successful summit of May 27, and the continued engagements to pave the way toward national elections, he added.

The long-delayed presidential election in Somalia will finally be held on Oct. 10, the country’s political leaders agreed earlier this week, following months of deadlock.