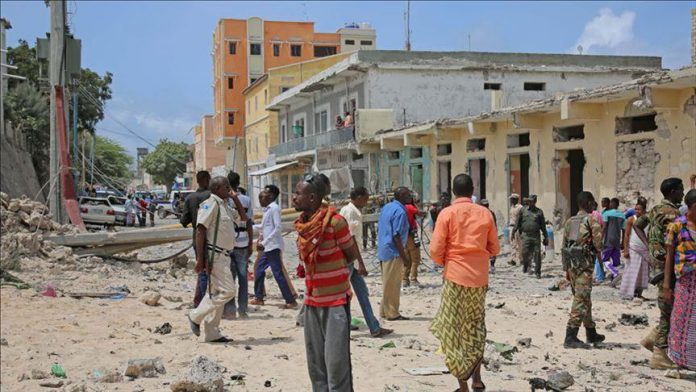 At least three Somali government soldiers were killed and two wounded when a bomb blast targeted a security convoy on the outskirts of the capital Mogadishu on Tuesday, officials said.

The attack took place in the vicinity of Elasha Biyaha in the lower Shabelle region.

Abdi Mohamud, a police official in Mogadishu, told Anadolu Agency over the phone that the attack was a roadside bomb blast targeting security forces guarding Turkish nationals working at road construction linking Mogadishu and the town of Afgoye, lower Shabelle.

Turkey’s Embassy in Mogadishu confirmed the attack to Anadolu Agency, saying that there