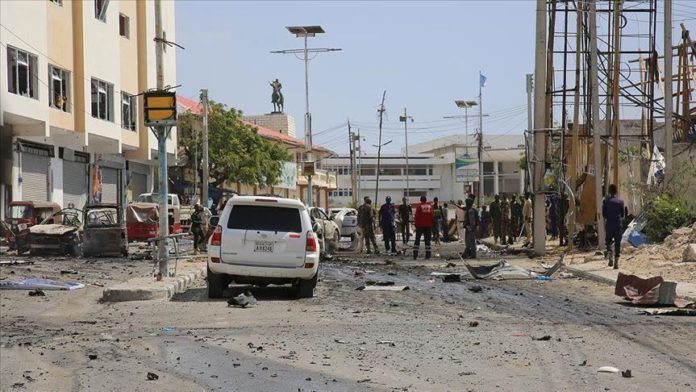 At least 10 people have been killed, and over 13 others were wounded in a bomb blast which targeted a civilian transport vehicle in the vicinity of Hawa Abdi, the lower Shabelle region of Somalia on Sunday morning, officials said.

Hussein Abdi Ali, a police officer in the region, told Anadolu Agency over the phone that the attack was a roadside bomb blast that killed 10 people.

“What we know so far is that the bomb blast was a landmine which targeted a minibus carrying civilians who was traveling from Mogadishu to the town of Wanlaweyn, killing at least 10 people, all of them civilians,” Ali said.

The attack took place in Hawa Abdi outside the capital Mogadishu during the morning rush hour, he added.

Ismail Mukhtar Oronjo, the Somali government spokesman, also confirmed the attack to Anadolu Agency, saying that at least 13 people were also wounded, and transported to the Madina hospital in Mogadishu for treatment.

“Death toll is expected to rise as some people sustained life-threatening injuries,” he also said.