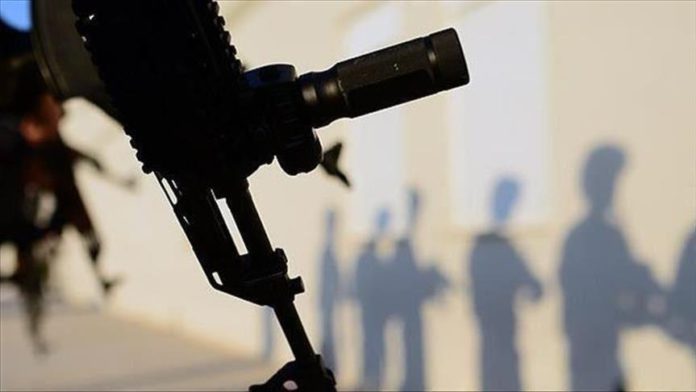 Abdirahman Adan, a local official of the Jubaland administration in the state’s administrative capital Kismayo, told Anadolu Agency over the phone that the people executed by al-Shabaab were civilians.

“It’s not the first time al-Shabaab terrorists execute civilians, and they also forced the people of the Jilib town to come out and watch the execution,” he said.

Hundreds of people were gathered in Jilib, southern Somalia, where the terror group executed the five people.

The Middle Juba is the only region in the Horn of African country that al-Shabaab fully controls.

The terror group accused the five executed of spying for US and Somali intelligence agencies, according to al-Shabaab-affiliated media on Tuesday.

They were executed publicly by a firing squad after a so-called al-Shabaab court in Jilib allegedly convicted them of being spies for US and Somali intelligence agencies.

The Somali-based al-Qaeda-affiliated group al-Shabaab has been fighting against the Somali government and African peacekeeping mission forces in Somalia for over a decade.