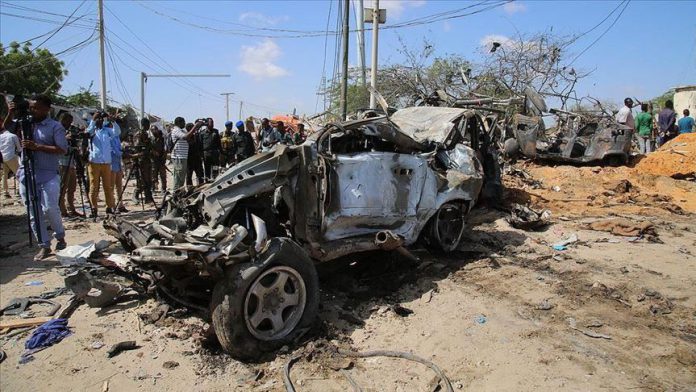 Terrorist group al-Shabaab Monday evening claimed responsibility for Saturday’s suicide truck bombing in Somalia that killed some 80 people, including two Turkish citizens, and wounded over 150 others.

Hours before the terror group’s announcement, Somalia’s National intelligence and Security Agency (NISA) said on Twitter that they had indications a foreign government masterminded the attack, but gave no further details.

In a 24-minute audio posted on al-Shabaab propaganda radio, the Somali-based, al-Qaeda-affiliated terror group claimed they had targeted a Turkish convoy at an intersection in a southwestern suburb of the capital Mogadishu.