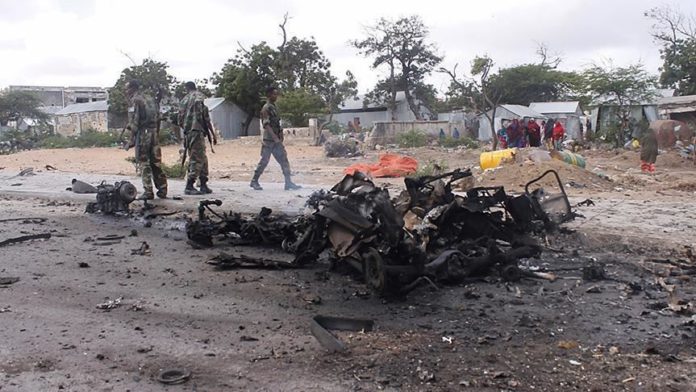 At least eight Somali government soldiers were killed and several wounded on Wednesday when al-Shabaab terrorists attacked a military base in the southwestern Bay province.

When a company of soldiers came under attack by al-Shabaab terrorists on Wednesday, a commander was among those killed, Oronjo said.

After the attack, a military vehicle carrying reinforcements was targeted in a roadside blast, wounding several soldiers, he added.

Al-Shabaab claimed responsibility for the attack via the internet.

Al-Shabaab was behind a 2017 truck-bomb attack in the capital Mogadishu that took some 600 lives, the worst attack in the Horn of Africa country’s history.