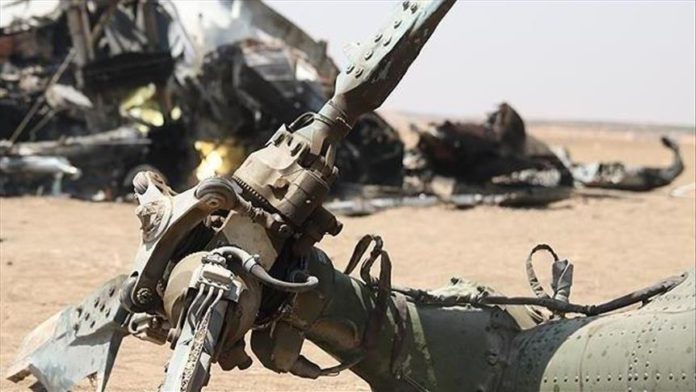 Four soldiers serving under the African Union Mission to Somalia (AMISOM) were wounded when their helicopter crashed in Somalia’s lower Shabelle region, the mission said Monday.

The incident took place at a US military base at Balidogle airfield in lower Shabelle region, located 96 kilometers (60 miles) southwest of the capital Mogadishu.

“A helicopter on a mission to support AMISOM troops crashed soon after take-off in Balidogle in the lower Shabelle region of Somalia on Friday. All four soldiers aboard the helicopter were rescued and are in a stable condition,” said a statement by the peacekeeping mission in the Horn of Africa country.

Lt. Col. Daniel Mugoro, a spokesman for the mission, told Anadolu Agency by phone an initial report suggested the helicopter crashed due to a mechanical fault, adding further investigation was underway.

'We are not 1 nation,' Ukraine tells Russia