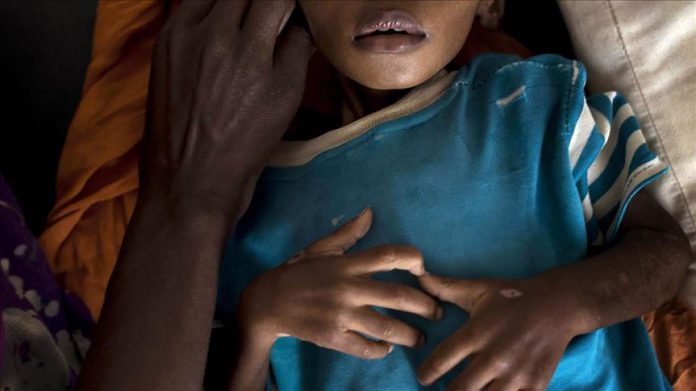 At least three children between the ages of 4 and 6 died from hunger and disease in Mogadishu’s Kahda neighborhood internally displaced camps Friday, local media reported.

“At least 3 children have died from extreme hunger at IDP camp near Mogadishu. This comes days after UN agencies called for $1 billion to help 3 million people in Somalia,” said Radio Shabelle.

“Our live here is miserable, today at least three children died because diseases, hunger and malnutrition and no one cares about us,” Fadimo Hassan, a mother in one of the camps told Anadolu Agency.