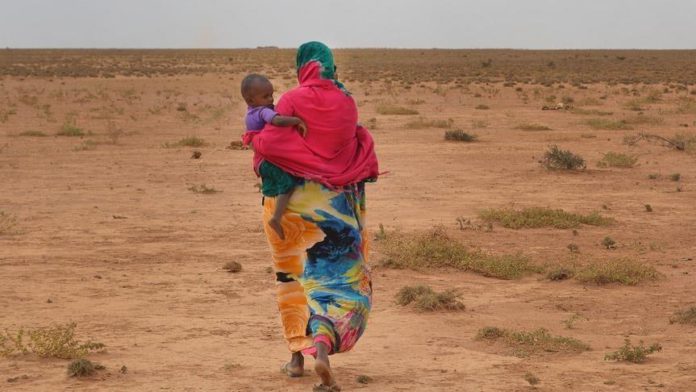 Over 116,000 Somalis have been displaced by extreme water shortages since October 2020, according to a joint statement issued on Sunday by the UN and horn of African country.

“Most parts of the country are facing critical water shortages, with more than 50 districts facing moderate to severe drought conditions,” said the statement issued by Mogadishu and the UN Somalia office, expressing deep concern about the “worsening drought conditions.”

In the statement, Humanitarian Affairs and Disaster Management Minister Khadija Mohamed Diriye appealed to donors to “give generously and to give now” to help respond rapidly to the drought which she said was “compounding the effects of the various crises in this country.”

“We are facing widespread food insecurity, malnutrition, population displacement and disease. We need funding now to save lives, alleviate suffering and get assistance out before the situation becomes a complete catastrophe,” she added.

Somalia has been facing especially concerning conditions as forecasts indicate a second consecutive season of below-average rainfall from April to June.

People in Bakol and the Gedo regions, among other parts of the country, have been struggling against water shortages, amid local media reports of several people, including children, dying from dehydration.

Up to 2.7 million people across the country are in need of humanitarian assistance, according to the Ministry of Humanitarian Affairs.

US assures Ukraine of 'swift and decisive' response to any further...