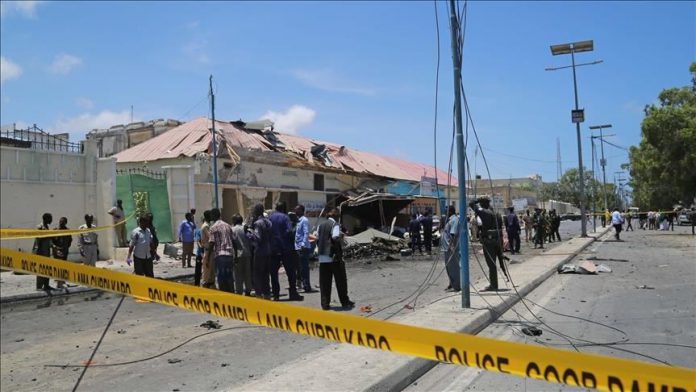 Somali police in the capital Mogadishu on Wednesday ended a 7-hour hotel siege by al-Qaeda affiliated al-Shabaab militants after killing all five attackers.

In a statement to media houses, police confirmed that five hotel guests had been killed by the militants who stormed the upscale SYL hotel located close to the presidential palace.

“Our brave troops have rescued over 80 people who were inside when the attack occurred, the attack was carried out by five terrorists,” the Somali police said.

The al-Shabaab militant group through its propaganda radio Andalus claimed responsibility for the attack.