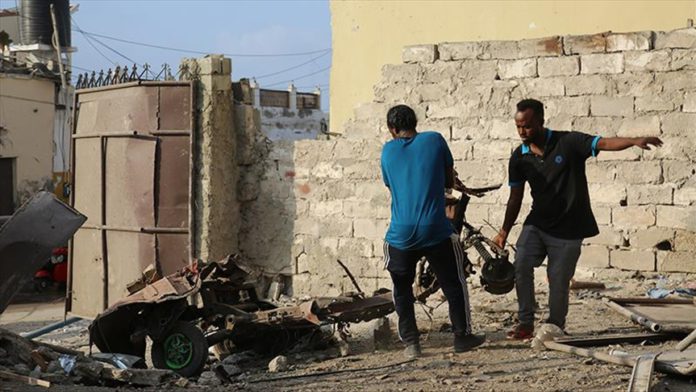 At least one person was killed and three others wounded in a bomb blast targeting a COVID-19 pandemic awareness team in the Somali capital Mogadishu, local media reported.

“A driver is dead and three people sustained injuries after terrorist targeted a car carrying members of COVID-19 awareness team in the Kaaraan district of Mogadishu”, according to state-run SNTV.

Abdifatah Hassan, a police officer in the capital, told Anadolu Agency it was a landmine explosion and that the wounded included two security personnel escorting the health awareness team.

On Tuesday, the offices of the UN and African Union peacekeeping mission in Mogadishu were targeted with mortar shells. Al-Shabaab claimed responsibility for the attack.