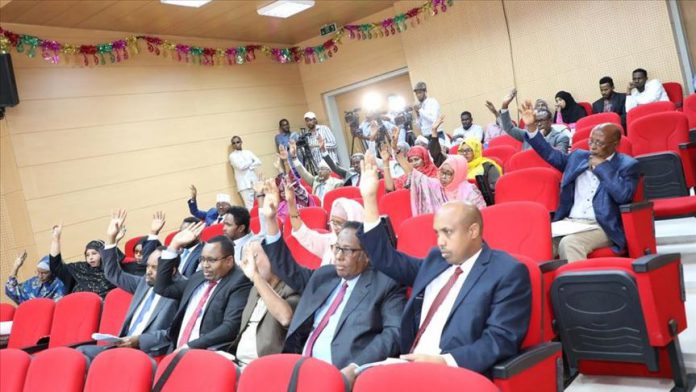 On Twitter, Senator Ilyas Ali Hassan announced that the chamber voted for the resolution against Trump’s proposal, which he said “claims non existence” of Palestine.

“The house condemned the deal and voted on a resolution against it and we are not going to accept any deal which compromises the Palestinians’ rights to have a state with Jerusalem as its capital,” Ilyas told Anadolu Agency.