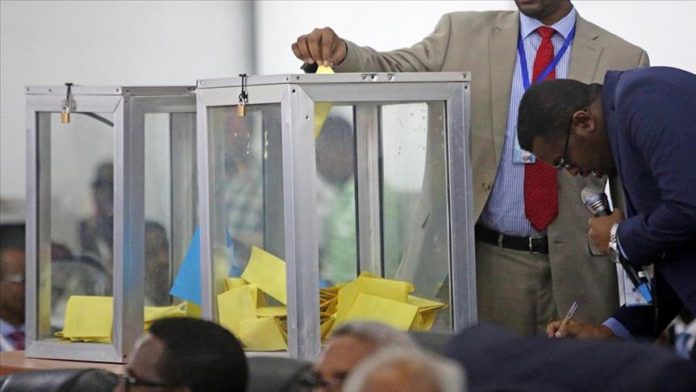 A national consultative council in Somalia on Tuesday announced the country’s election timeline after 48 hours of talks, with the country’s president to be elected on Oct. 10.

July 25 will mark the election of members of the country’s upper legislative chamber, the Senate, with polling stations to be prepared by July 23, according to the schedule determined by the council, which comprises of Prime Minister Mohamed Hussein Roble, the leaders of five regional states, and the mayor of the capital Mogadishu.

Electoral delegates for the later election of lower-house lawmakers slated for Aug. 10-Sept. 10 will be selected and prepared between July 15 and Aug 10.

After a meeting with women’s advocacy groups, the council also reduced fees for women parliamentary candidates to run for office by 50%, government spokesman Mohamed Ibrahim Moalimuu said in a statement on Twitter.

Earlier on Tuesday, Somali leaders, including Minister of Women and Human Rights Development Hanifa Habsade, met with representatives from women’s advocacy organizations, discussing earlier pledges for a 30% quota for women lawmakers in both houses of parliament.

China projects global economy to recover faster in 2nd half of...