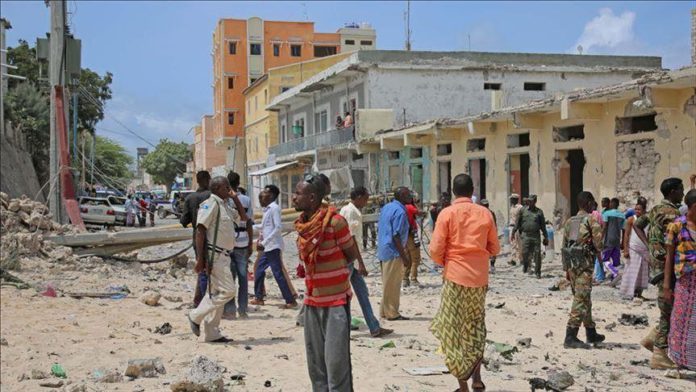 The Somali prime minister on Wednesday assured security to Turkish and Qatari construction workers in the East African country.

Mohamed Hussein Roble made the commitment in a meeting with the ambassadors of both the countries in Mogadishu, the Somali capital.

“Pleased to meet Qatari & Turkish Ambassadors to whom I expressed gratitude for their enduring developmental partnerships with Somalia, such as the construction of Mog- Afgoye Road. I assured them of our additional security measures in expediting the completion of the project,” the premier tweeted.

Separately, Somali government spokesman Mohamed Ibrahim Moalimu said the prime minister commends the hard work and resilience of the workers and offered his condolences to families of Turkish engineers who lost their lives in a terrorist attack.

A Turkish company is constructing the highway partly funded by Doha. Earlier this month, at least four people, including two Turkish nationals, were killed and 14 others wounded in a suicide attack targeting a construction site in the Lafole area near Mogadishu.

Al-Qaeda-affiliated terrorist group al-Shabaab had claimed responsibility for the attack.

Turkish-Somali relations have experienced great success over the years. Besides military cooperation, the two countries also partner in health, education, and other initiatives.

Turkey has built schools, hospitals and infrastructure, and has provided Somalis with scholarships to study in Turkey.