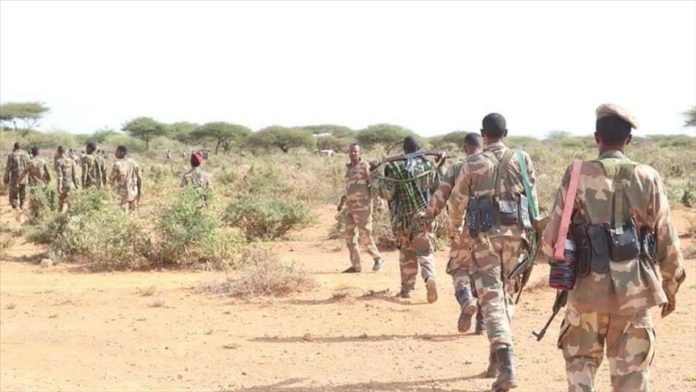 The Somali military on Monday announced killing 35 members of the al-Shabaab terror group in the central state of Galmudug.

The operations took place in the vicinity of Qayacad, approximately 8 kilometers (5 miles) from the recently liberated town of Ba’adweyne in the central region of Mudug.

Separately, in the southern province of Lower Juba region late Sunday, security forces killed more than 15 al-Shabaab terrorists, who have been fighting the government for more than a decade.

Somali security forces retook the town after fierce fighting with the al-Qaeda-affiliated terrorists, forcing them to escape.

The East African country will indirectly pick a new president on Oct. 10, the prime minister said last month, easing a political crisis brought on by a delay in the election.

Over 750 kg of illegal drugs seized in Turkey